Issue 10/2016
Special Tribute to our long-time Team Captain, Mr. Mark (Michelle K-W) Worton...retiring from the Oakville MCM SC1st Team after nearly two decades of footy service to the club (since 1997).

Your enormous presence on Sunday mornings will be sorely missed Marco.Wishing you continued success in your football coaching endeavors and we will see you in the beer circle mate. All the best!..

-Joey Bilotta- Do you remember 1997? It was the year when Titanic sank again with a lover's story. When Will Smith finally came out with a sci-fi flick that became a blockbuster hit: MIB. When Harrison Ford finally told the hostage takers to get off his plane in Air Force One. But did you also know that in this same year an English soccer player, named Mark Worton, joined the Oakville MCM Soccer Club? Every soccer player knows that there is a fine balance between family life and a soccer schedule. In this author's opinion, there is hardly ever a balance. I have learned that soccer comes first. Even on an off-day, it is not uncommon to have a social gathering that revolves around a soccer club family. Mark Worton became part of a great soccer family. For almost 20 years, he has toured, sprinted, and slide tackled, with Oakville MCM, for soccer. Who can forget those serious tactical conversations, those hysterical van rides, and those Big Al jokes that only the team understands. 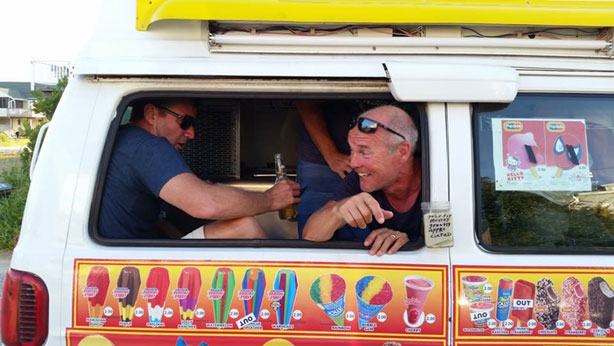 Even on a foggy day in Portugal, you can always rely on Mark to know what's going on. Whether he was telling you who was open or that someone is fast approaching; he always managed to ensure that the team worked as a unit. What the future holds for Mark is not exactly sure. But Mark's passion and love for the game can never be replaced.

We have 111 guests and no members online